Guna is fast moving on the path of development and prosperity. This is evident from the setting up of numerous industrial units the region. Government of India along with the state government is leaving no stone unturned in making it one of the economic cluster in Central India. Setting up of Spice Park is a glaring example to testify the same. A rather ambitious attempt was made by the Spice Board of India to establish Spice Parks in seven locations in India. Mawan area in the district of Guna also was chosen for the setting up of the park. The fourth such park was inaugurated in 2013 with the goal to provide good scientific infrastructure facilities. The growers of spices will in turn be empowered and can benefit from improved price realization. In Guna the Spice Park was set up basically to ensure improvement in grading, packing and warehousing which will in turn lead to enchanced price realization of their produce.


What is Spice Park? 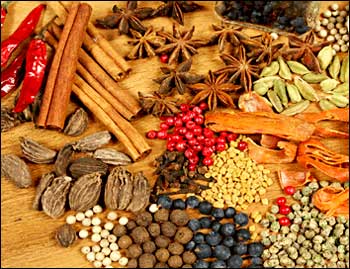 In order to achieve processing facilities at par with the international standards Spice parks are set up across India. A spice park is nothing but an industrial park set up to add value to the spices and spice products in order to gain recognition in the international arena. The projects carried out in the spice park are primarily targeted to benefit the growing community. The Spice Board has put forth certain terms and conditions that need to be followed in order for the exporters to set up their units in the Park for processing of spices. The quality demands of the consuming countries are appeased by using a strategic approach of the regional crop-specific spice park. The integrated approach of cultivation, post harvesting, processing, packaging, storage and exporting spices and spice products are well handled by the projects established in the Spice Park.


Locations of Spice Parks in India


Infrastructure for Spice Park in Guna


Benefits of Spice Park in Guna

The spice Park in Guna is built at a whooping cost of fifty five crore rupees. Farmers from neighboring areas of Guna get benefitted with the spice park. The areas which concentrate in agriculture like Ashoknagar, Shivpuri, Ratlam, Bara and other areas located near Guna get better price realization for their products. The Spice Park’s infrastructure enables the units to process their products and package them and export them to different countries. Thus the Spice Park is indeed an ambitious effort put forth by the government to facilitate and enhance the economy of Guna and other neighboring areas.


Explore more about Economy of Guna