To the west of Guna district, on the Guna-Aron-Sironj route lies the temple of Shri Shantinath Digambar Jain Atishay Kshetra, Bajrangragh. The temple is nearly 1200 years old and houses life size idols of Lord Shantinath, Kunthunath & Arahnath in the standing posture . These miraculous idols are world famous and the temple is located amidst beautiful surroundings. The former name of this place was called Jain Nagar but later was changed to Bajrang (Hanuman) temple in the fort as Bajrangarh. 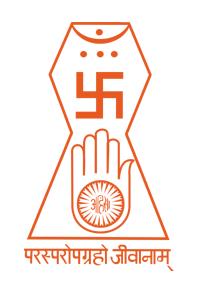 The famous historic businessman named Shri Pada Shah constructed this temple was well known for his broad-mindedness and the love, faith and devotion for Jainism. The architecture and the art forms are truly splendid and it shows the great expertise of the artists and architects. This temple is considered to be a place of miracles called Atishaya Kshetra. Shri Pada Shah not only constructed this temple, he also constructed other Teerth Kshetras. As this is a miraculous temple, it is believed that God comes to this place from heaven. Also, the local people claim that they have heard music and sound being played in the midnight. It is also noteworthy of the temple’s miraculous nature that when some invaders tried to destroy the temple, a huge rain of fire developed chasing the invaders away from destroying the temple. Lord Shantinath is considered to be a very powerful God and it is believed that many Jains come here and worship the Lord and in turn get their wishes materialized. Jains consider the Shri 1008 Shantinath Digambar Jain Atishay Kshetra as a very holy and religious temple.

An ancient temple of Lord Shantinath standing high with a sky high pinnacle is seen in this kshetra. It is around 800 years old. The main deity being Lord Shantinath is seen in a standing posture. The idol is 18 feet in height. The idol is mainly made of red stone and the idol stands majestically colored in red. On either sides of the idol of Lord Shantinath are the idols of Lord Kunthunath and Arahnath. Each of the idols is 10 feet and 9 inches in height. Therefore these three Jain Teerthankars are very ancient and well known for their miraculous blessings they bestow on their devotees. Not only the idols are sculpted well, but also the walls of the temple portray eye-catching pictures related to mythological stories which are worthwhile seeing.

There are two other temples in this village called the Bhagwan Parsvanath Jinalaya in the main market and another temple called Tarkaji’s temple constructed close by. The two temples were constructed by Shri Jhhitu Shah and Shri Harish Chandra Tarka respectively. The Tarkaji’s Temple has magnificent pictorial Trikal Chaubeesee being designed in the premises of the temple. These temples are situated on a hilly terrain covered with dense forest which is filled with Mother Nature.

Guna in Madhya Pradesh has a well developed transportation and getting to Bajrangarh can be done using buses, jeeps or auto-rickshaws. One can either hire a shared auto or can book a taxi to reach this famous place.